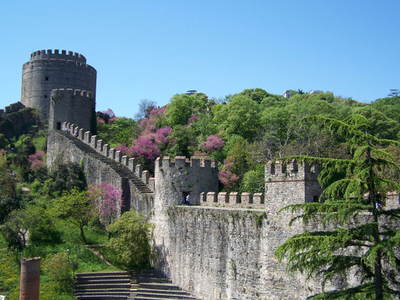 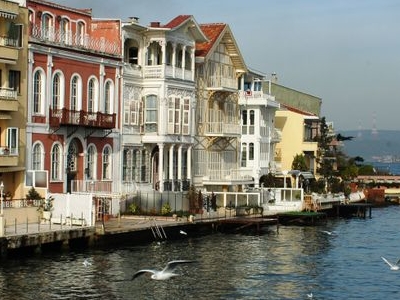 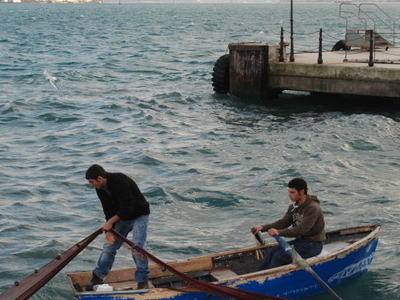 Sarıyer (pronounced [saˈɾɯjeɾ]) is the northernmost district of Istanbul, Turkey, on the European Side of the city. With a long shore along the water, the district boasts both a beautiful coastline and a lush forest. The Sarıyer district is a huge area consisting of the villages on the European side of the Bosphorus from Rumelifeneri, down through Tarabya, Yeniköy, İstinye, Emirgan to Rumelihisarı. Sarıyer also administers the Black Sea coast to the west of the mouth of the Bosphorus including the village of Kilyos. Its neighbours are Eyüp the northwest, Beşiktaş the south and Şişli the west. Sarıyer has a population of approximately 260,000. The mayor is Şükrü Genç (CHP).

The Forest Hinterland:
The Belgrad Forest, at one time the Ottoman military would come on exercises. Today it is popular for picnics at the weekend, and the road to Kilyos passes through here. The woods are home to Istanbul University's department of forestry, and are accessible by public transport. There have always been rural communities here but since the 1990s, luxury housing and private schools have been built in parts of the forest.

The largest of these developments is the new village of Zekeriyaköy, which is now one of the most expensive residential areas in Istanbul. The campus of the prestigious, private Koç University is also located in the forest. The growth of these areas may have, along with construction and poorly conceived traffic flow planning, contributed to the heavy traffic in the village of Sarıyer.

Kilyos and the Black Sea:
Kilyos is a small town, a pleasant retreat from the city, although it is often windswept in winter. Indeed, the Black Sea Can produce dramatic storms even in the summer. Some Istanbul residents swim in the sea at Kilyos, although the rocky coast and strong currents, including, in places, a dangerous undertow, may make swimming here risky. The road to Kilyos leads through the Belgrad Forest with its system of viaducts and reservoirs going back to the Ottoman period, although it is also accessible through the village of Sarıyer, leading to serious traffic delays during summer months.

There are lovely cool spots to stop in the forest or go for a country walk, and the hilltops have marvellous views of the Bosphorus and the Black Sea. For many years this area has been a popular spot for picnics. In recent years Kilyos has acquired a number of bars and cafes, including a couple of well-known private beach clubs and a rock festival in summer. There are still beaches though and plenty of spots for a picnic, so on Sundays long queues of cars snake through the forest honking their horns at each other.

Here's the our members favorite photos of "Neighborhoods in Istanbul". Upload your photo of Sarıyer!

Going to Sarıyer? Get answers from our friendly locals