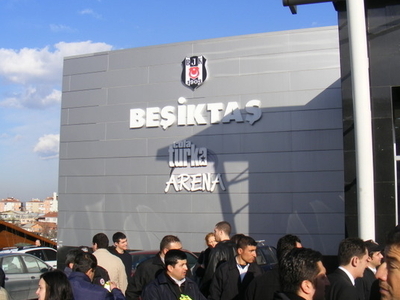 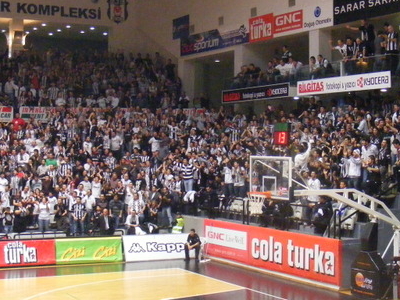 BJK Akatlar Arena is a multi-purpose indoor arena located in Akatlar, Istanbul, Turkey. The arena is the home court of Beşiktaş J.K.; it also serves the volleyball team. It is also suitable to host other events, such as concerts. The Istanbul Municipality handed over its rights to multi-sports team Beşiktaş J.K. after the arena's construction and opening in 2004.

The arena has seven entrances (three for visiting-team supporters), and a different entrance and car park also for VIPs. With complete precautions for fire hazards, there is also a generator placed in case of electrical power outages. A terrace is available for use in summer time. There are four different locker rooms, which permit the arena to hold two consecutive matches. Each locker room has ten shower baths, three urinals, as well as private wardrobes and massage rooms. There are also four locker rooms for referees.

Here's the our members favorite photos of "Stadiums in Istanbul". Upload your photo of BJK Akatlar Arena!

Going to BJK Akatlar Arena? Get answers from our friendly locals