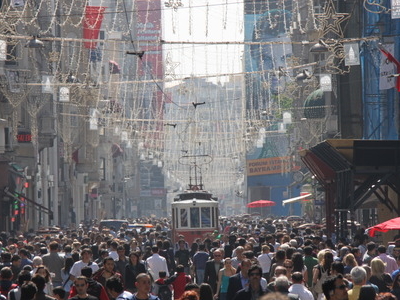 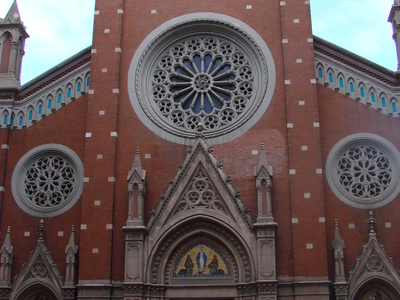 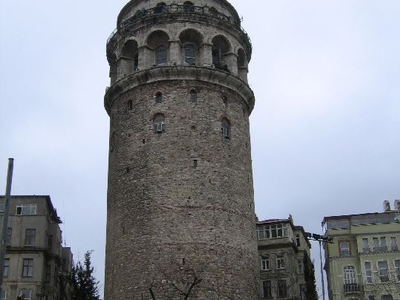 Beyoğlu (Turkish pronunciation: [ˈbejoːɫu]) is a district located on the European Side of İstanbul, Turkey, separated from the old city (historic peninsula of Constantinople) by the Golden Horn. It was known as Pera (Πέρα, meaning "Across" in Greek) during the Middle Ages, and this name remained in common use until the early 20th century and the establishment of the Turkish Republic.

According to the prevailing theory, the Turkish name of Pera, Beyoğlu, is a modification by folk etymology of the Venetian ambassadorial title of Bailo, whose palazzo was the most grandiose structure in this quarter. The informal Turkish-language title Bey Oğlu (literally Son of a Lord) was originally used by the Ottoman Turks to describe Lodovico Gritti, Istanbul-born son of Andrea Gritti, who was the Venetian Bailo in Istanbul during the reign of Sultan Bayezid II and later elected Doge of Venice in 1523.

Bey Oğlu thus referred to Lodovico Gritti, who established close relations with the Sublime Porte, and whose mansion was near the present-day Taksim Square. Located further south in Beyoğlu and originally built in the early 16th century, the "Venetian Palace" was the seat of the Bailo. The original palace building was replaced by the existing one in 1781, which later became the "Italian Embassy" following Italy's unification in 1861, and the "Italian Consulate" in 1923, when Ankara became the capital of the Republic of Turkey.

The district encompasses other neighborhoods located north of the Golden Horn, including Galata (the medieval Genoese citadel from which Beyoğlu itself originated, which today is known as Karaköy), Tophane, Cihangir, Şişhane, Tepebaşı, Tarlabaşı, Dolapdere and Kasımpaşa, and is connected to the old city center across the Golden Horn through the Galata Bridge and Unkapanı Bridge. Beyoğlu is the most active art, entertainment and night life centre of Istanbul.

Here's the our members favorite photos of "Neighborhoods in Istanbul". Upload your photo of Beyoğlu!

Going to Beyoğlu? Get answers from our friendly locals