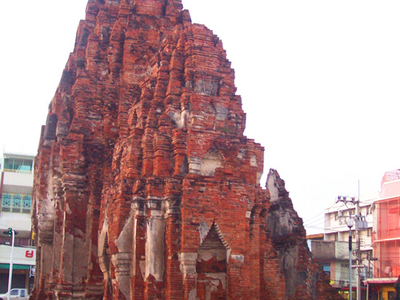 Prang Khaek is the oldest monument of Lop Buri and the oldest Khmer-style Hindu Shrine to be found in Thailands central region. A fascinating small compound of Khmer remains, it consists of the three brick prangs constructed without adjoining corridors. Prang Khaek was restored by King Narai the Great in the 17th century. Recently restored by the Fine Arts Department, it is located on Vichayen Road, near the Narai Ratchaniwet Palace.

Here's the our members favorite photos of "Monuments in Lopburi". Upload your photo of Prang Khaek!

Going to Prang Khaek? Get answers from our friendly locals