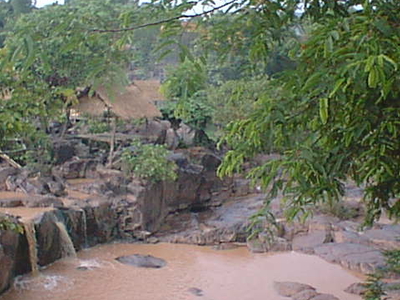 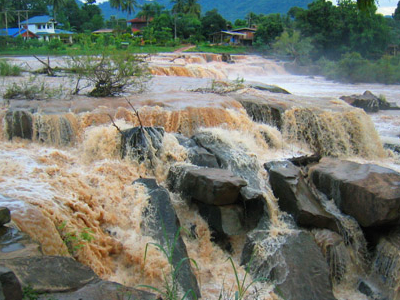 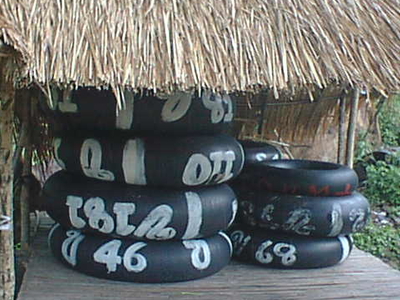 Namtok Kaeng Song is a waterfall and tourist attraction in the Wang Thong district of Phitsanulok Province in Thailand. It is situated on the Wang Thong River near kilometer 45 of Lomsak Road (Highway 12). The falls have small pavilions to accommodate tourists, and concessions are sold on the premises. Tire tubes are also available for swimming in the river near the falls.

Events
In June, 2005, Phitsanulok Province initiated a campaign entitled "Sip Coffee at Kaeng Song, Paddle Along Nam Khek Rapids", and held the first Kaeng Song Coffee Tasting Festival to celebrate the opening of the rafting season as well as to promote a regional specialty, coffee. The next such festival was held from July 7 to the end of October, 2006. In 2001, the festival was held from July 1 to October 31, under the name "Kaeng Song Cafe - Khek river rafting festival."

Here's the our members favorite photos of "Waterfalls in Northern Thailand". Upload your photo of Namtok Kaeng Song!

Going to Namtok Kaeng Song? Get answers from our friendly locals

Love waterfalls? Check these out;

Top Voted Waterfalls Around the World