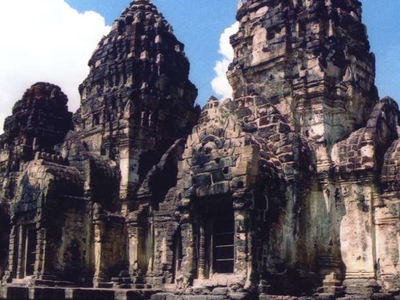 Lopburi is the capital city of Lopburi Province in Thailand. It is located about 150 km north-east of Bangkok. As of 2006 it has a population of 26,500. The town (thesaban mueang) covers the whole tambon Tha Hin and parts of Thale Chup Son of Mueang Lopburi district, a total area of 6.85 km².

The city has a long history, dating back to the Dvaravati period more than 1000 years ago. According to the Northern Chronicles, it was founded by King Kalavarnadish, who came from Taxila (Takkasila) in Northwest India (now Pakistan) in 648 AD.It was originally known as Lavo or Lavapura, meaning "city of Lava" in reference to the ancient South Asian city of Lavapuri (present-day Lahore).[2] Lopburi was under the rising Angkor regime and became one of the most important centers in the Chao Phraya Basin from then on.

Here's the our members favorite photos of "Cities in Central Thailand". Upload your photo of Lopburi!

Going to Lopburi? Get answers from our friendly locals