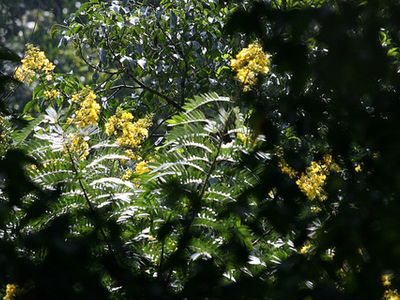 The park is comprised of mixed forests and rainforests with some wide plains and grasslands interspersed with verdant forests. There are many valuable plants, including commercial plants, scented plants and herbs. In addition, there are several mountains with peaks ranging from 800 to 3,000 meters above sea level making Khao Yai a cool climate area, even in summer. The most popular time to visit Khao Yai is during the cool season or from October to February.

Popular activities in the park include butterfly and bird watching, animal watching and trekking. The Park has numerous butterflies and birds as surveys indicate that over 293 species of birds use Khao Yai as a feeding ground while Khao Yai is the habitat of over 200 species. In addition, the park is home to an abundance of wildlife. The most frequently spotted animal is the deer that grazes on grass plains and sometimes come to be fed around the park office.

Going to Khao Yai National Park? Get answers from our friendly locals