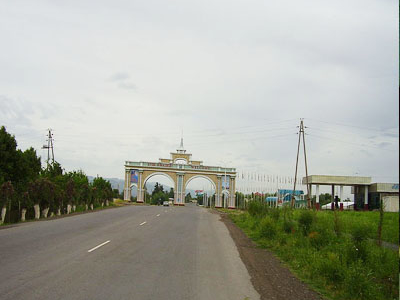 Kulyab is an ancient city established some 2700 years ago. For several centuries the city has served as an important cultural, commercial and political capital of the enormous Khatlon region of Tajikistan. The popularity of Kulyab can be gauged from the fact that it has important cultural, trade and economic ties with numerous Oriental and Western countries.  The city during the middle ages was renowned for imparting Islamic studies and knowledge.

Large number of religious schools and madarsas were established during those times that attracted students from far away places. During her hey days, Kulyab was also renowned for its crafts and trades. The city is renowned throughout the World for its special kind of embroidery known as gulduzi and chaka. Mir Sayid Ali Khamadoni mausoleum located in the heart of the city is one of its major tourist attractions. The mausoleum complex lies in the park zone and features several old trees.

Here's the our members favorite photos of "Cities in Tajikistan". Upload your photo of Kulyab!

Going to Kulyab? Get answers from our friendly locals