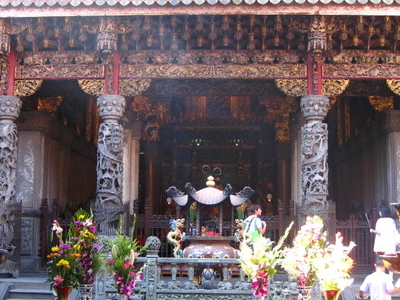 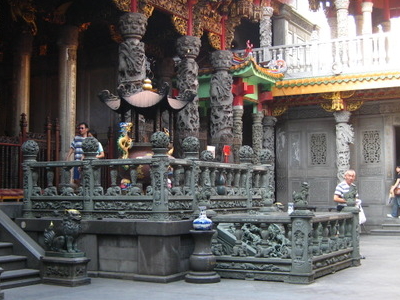 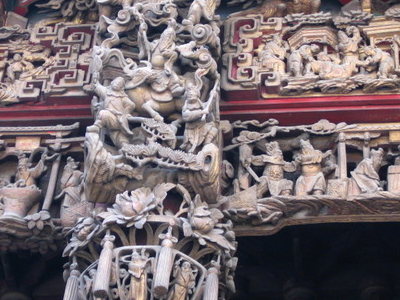 Zushi Temple was first built during the Qing Dynasty in 1767 by Hokkien immigrants from Anxi County, Quanzhou Municipality, Fujian Province in China. It has been reconstructed three times. Its last reconstruction, started in 1947, is best known for being the masterpiece of renown Taiwanese artist, Li Meishu.

Festivals:
Every sixth day of the first month of the Chinese lunar calendar on Zushi-Gong's birthday, Zushi Temple holds a Pigs of God (神豬) Contest. Farmers compete to raise the fattest pig, which during the competition day, the pig is decorated with ornaments. The fattest pig is then sacrificed to Zushi-Gong. In the past few years, this tradition has been met with disapproval by animal rights activists. While the majority of temples that practice this rite have started using symbolic pigs, Zushi Temple in Sanxia still continues the tradition of using a live pig.

Architecture:
Unique among temples, all of the walls and columns of Zushi Temple are sculpted from stone. The details are also carved with a wide variety of styles from ancient to modern, or even western-influenced, due to the western art education of Li Meishu.

Here's the our members favorite photos of "Temples near Ruifang District". Upload your photo of Zushi Temple!

Going to Zushi Temple? Get answers from our friendly locals