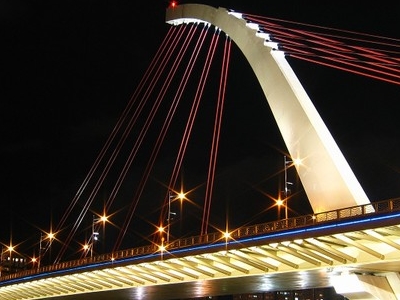 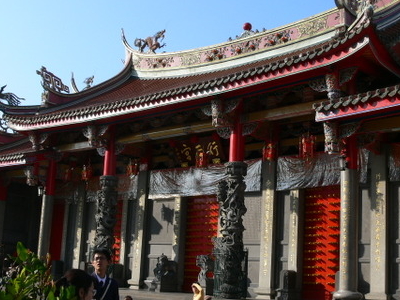 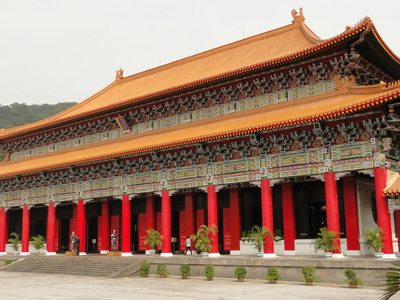 Zhongshan District is an administrative district of Taipei City, named after Sun Yat-sen, better known in Chinese as "Sun Zhongshan".

The National Revolutionary Martyrs' Shrine is located in the district, dedicated to those who died trying to turn China into a republic. The district also has a Fine Arts Museum.

Another major tourist attraction is the Xingtian (Singtian) Temple, which is dedicated to Guan Gong, the God of War. Nearby the Yuanshan Metro Station is the Zhongshan Soccer Stadium, which was built on land that used to be the headquarters of the US military presence on Taiwan when the US still had diplomatic ties with the Republic of China. Not surprisingly, Zhongshan has a large pub and bar district and the Zhongshan Metro Mall.

Other Places:
The northernmost part of Zhongshan District is known as Dazhi. The former ROC President Chiang Ching-kuo lived here at the Seven Seas Residence. In this region, there is also the Dominican International School, which is a private English-language Catholic school serving kindergarten to high school.

Taipei's equivalent to "Little Manila" lies in the Zhongshan District in the region near St. Christopher's (Catholic) Church. Every Sunday, many Filipino domestic workers and laborers attend mass at the church and relax around the surrounding Filipino grocery stores and eateries.

The Zhongshan District is also home to a number of wedding photo shops particularly along the 2nd and 3rd sections of Zhongshan North Road. Access to this district by transit is very convenient with 6 Taipei Metro stations (2 on the Wenshan Line and 4 on the Tamsui Line). Also a number of new stations are under construction as part of Phase 2 of the Taipei Metro expansion plan. Like the rest of Taipei City, Zhongshan District is serviced by an extensive public bus system that supplements the Taipei Metro. Also, numerous private bus companies operate buses into this district to other parts of Taiwan such as Taoyuan County and Kaohsiung.

Transportation:
On a historical note, Zhongshan North Road, which crosses the district was often used by Chiang Kai-Shek to get to his home in Shilin. All traffic was stopped when this occurred as everybody had to salute the leader. Military police during martial law often lined the street as this road was used by numerous political and military leaders, some of which stayed at the Grand Hotel in Yuanshan.

Zhongshan District is served by many stations of the Taipei Metro.

Here's the our members favorite photos of "Neighborhoods in Taipei". Upload your photo of Zhongshan!

Going to Zhongshan? Get answers from our friendly locals