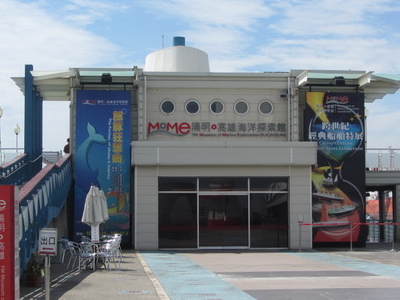 After refurbishment, the museum was officially opened on 28 December 2007 as the YM Museum of Marine Exploration Kaohsiung. The museum is a two-story building shaped like an ocean liner.[citation needed] Its boat-shaped structure appears as a large ship docked along Kaohsiung Harbor.