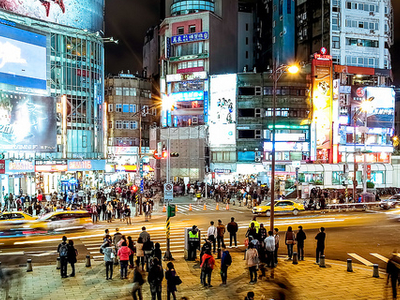 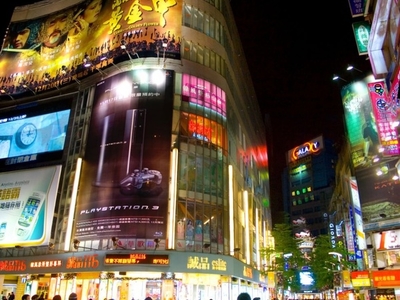 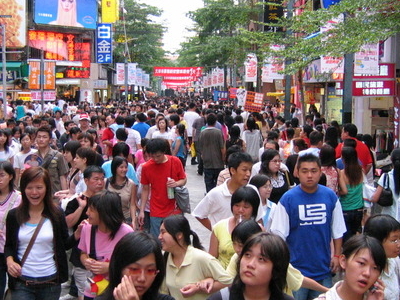 Ximending (Chinese: 西門町, sometimes Ximenting) is a neighborhood and shopping district in the Wanhua District of Taipei, Taiwan. It was the first pedestrian zone in Taiwan.
Ximending is the source of Taiwan's fashion, subculture, and Japanese culture. Ximending is also the main LGBT district of Taiwan, with a host of many clubs and pubs surrounding the area. This area is in the northeastern part of Wanhua District in Taipei and it is also the most important consumer district in the Western District of Taipei. The well-known Ximending Pedestrian Area was the first pedestrian area built in Taipei and is the largest in Taiwan.
Ximending became a well-known theater street in Taipei in the 1930s and grew even more prosperous after the defeat of Japan. In the 1950s, every theater was full to capacity and scalpers ran wild. Gradually, more theaters opened one after another; At one point, Wuchang St Section 1 had over ten theaters.Today, Ximending has over twenty theaters and six thousand vendors, and is a popular area for small concerts, album launches, and street performances. It is also home to the Red Envelope Clubs set up in the 1960s.
Ximending is home to several historical sites. Built during the Japanese occupation, Ximending Mazu Temple is an important historical temple.Originally opened as a market, the Red House Theater is another prominent building from the Japanese era.Ximending is also an important area for bus transfers. Ximending is also accessible via exit 6 of the Taipei Metro Ximen Station (Banqiao Line and Xiaonanmen Line).

Here's the our members favorite photos of "Neighborhoods in Taipei". Upload your photo of Ximending!

Going to Ximending? Get answers from our friendly locals