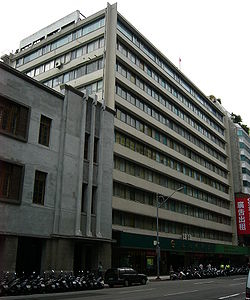 The Taiwan Land Reform Museum (Chinese: 土地改革紀念館; pinyin: Tǔdì Gǎigé Jìniànguǎn) is a museum located in Songshan District, Taipei, Taiwan. It was established on March 11, 1967. The purpose of the museum is to commemorate the Land reform in Taiwan. Exhibitions include historical land reform documents including land reform campaign literature, charts, and photographs. The museum is accessible within walking distance South East from Nanjing East Road Station of the Taipei Metro.