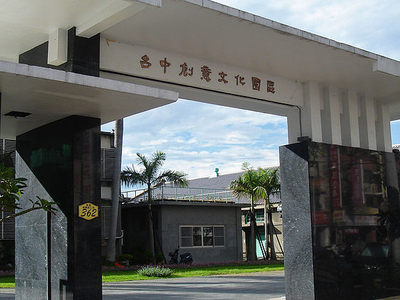 The Taichung Creative and Cultural Park is a multifunctional park in South District, Taichung, Taiwan.The building of the park was originally built as brewery factory during the Japanese rule of Taiwan.

The park consists of exhibition halls where they exhibit the works of modern designers and architects, as well as contemporary cultural products and handicrafts.The park is accessible within walking distance South West from Taichung Station of the Taiwan Railway Administration.

Here's the our members favorite photos of "Key Buildings in Taichung". Upload your photo of Taichung Cultural and Creative Industries Park!