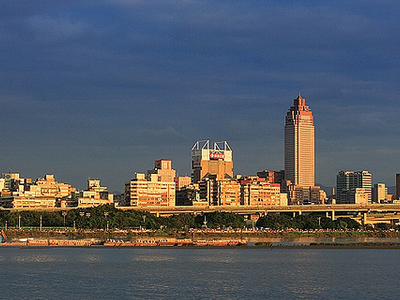 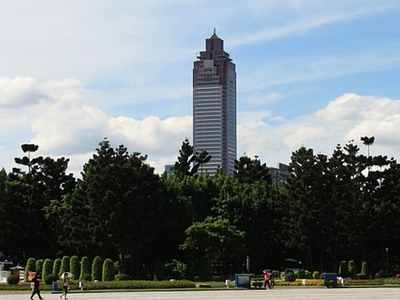 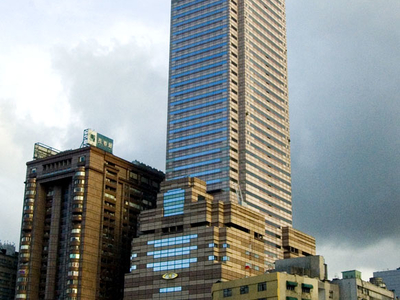 The tower stands across Zhongxiao Road from Taipei Main Station near the Asiaworld Department Store.The Shin Kong Life Tower was Taiwan's tallest building when it opened in 1993. In 1997 it was surpassed by the Tuntex 85 Sky Tower in the city of Kaohsiung. Both were overtaken in height by Taipei 101 in 2004.
The Shin Kong Life Tower lived an especially bustling life in the decade after it opened. Its 46th-floor observatory, the highest in Taiwan at the time, opened to the public in 1994 under the management of TopView Taipei Observatory. Over the next twelve years the observatory hosted over four million visitors.
The number of guests dropped dramatically after Taipei 101 opened a new observatory at nearly twice the height in January 2005, however, and TopView closed when the company's lease expired in December 2006.Now the 46th-floor observatory is occupied by Naturally-Plus as their headquarters for Taiwan operation and the entrance is free of charge for their members.

Here's the our members favorite photos of "Skyscrapers near Zhongzheng". Upload your photo of Shin Kong Life Tower!

Going to Shin Kong Life Tower? Get answers from our friendly locals