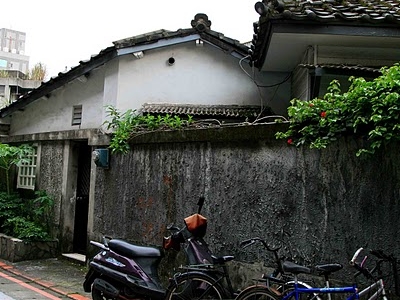 Qidong Street is located in the Zhongzheng District of Taipei, Taiwan. During the Qing Dynasty, Qidong Street was a major lane for transporting rice from the Taipei basin to harbours along the river. Prior to the construction of the Taipei City Walls, one could travel from Mengjia (today's Wanhua District) past the East Gate area and along Qidong Street which joined Bade Road, leading to Songshan, Nangang, and eventually Keelung.

Qidong is a thoroughfare of venerable age, spanning the Qing Dynasty, the Japanese Colonial Era, and contemporary times. The group of dwellings, located in the center of a residential district for city officials, housed Japanese civil servants and later provided housing for Republic of China central government figures. The buildings feature distinctly Japanese architectural features and their overall layout remains largely complete, a state rarely seen in the current day. The house at #11, Lane 53, Qidong Street is particularly well preserved with original porch, doors, and interior spaces as well as a sculptured garden. In addition, Taipei is home to approximately 2,000 wooden structures built during the Japanese rule of the island between 1895 and 1945, as well as some 4,000 trees that have been growing in their surrounding gardens since that time.

Here's the our members favorite photos of "Key Buildings near Zhongzheng". Upload your photo of Qidong Street Japanese Houses!

Going to Qidong Street Japanese Houses? Get answers from our friendly locals