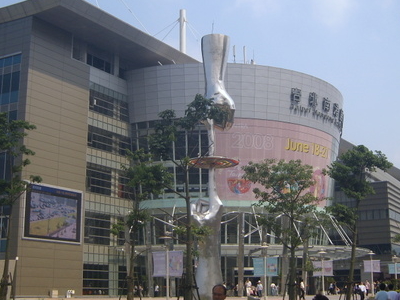 Nangang District is a southeastern district of Taipei, Taiwan. It is the seat of the Academia Sinica, Taipei World Trade Center Nangang Exhibition Hall, and Nankang Software Park (NKSP).

Nangang was settled in 1735 by Fujianese, especially in the present villages of Nangang, Sanchong, and Dongxin. Until Japanese rule, the placename was Great Jia'na Fortress, Nangang-Sanchong Port (大加吶堡南港三重埔). Nangang, literally "Southern Port", refers to its position on Keelung River.

In 1920, Nangang was part of Neihu Hamlet, Qixing Prefecture, Taipei District (台北州七星郡內湖庄). In December 1945, the administrative levels were changed to Neihu Township, Qixing District, Taipei County (台北縣七星區內湖鄉). July 6 the following year, as proposed by Que Shankeng (闕山坑), Nangang was separated into its own township. In 1967, it became a district of Taipei.

Here's the our members favorite photos of "Neighborhoods in Taipei". Upload your photo of Nangang District!

Going to Nangang District? Get answers from our friendly locals