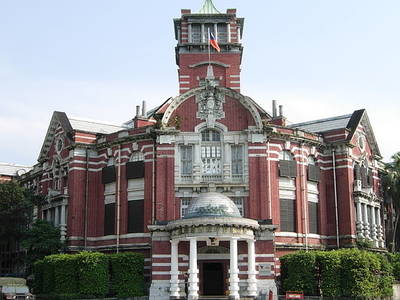 The Monopoly Bureau Building (Chinese: 專賣局; pinyin: Zhuānmài Jú) is a Renaissance-style red brick building located in Nan Chang Street, Taipei City, Taiwan. It is in the Zhongzheng District, near Aiguo West Road, Park Road and Nanchang intersection ring, and Taipei's city south gate. It is also located nearby the Republic of China Ministry of Finance and the President of the Republic of China's Official Residence. The building was built in 1913 during the Japanese rule of Taiwan.

Here's the our members favorite photos of "Key Buildings near Zhongzheng". Upload your photo of Monopoly Bureau!

Going to Monopoly Bureau? Get answers from our friendly locals