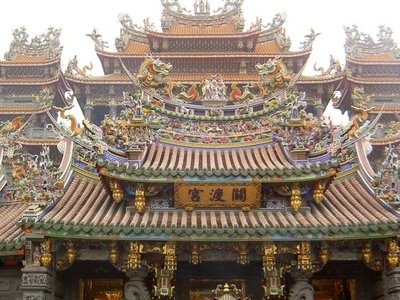 Guandu Temple (Chinese: 關渡宮; pinyin: Guāndù Gōng; Pe̍h-ōe-jī: Kan-tāu-kiong) is a Taoist temple in the Beitou District of Taipei, Taiwan worshipping the sea deity Mazu.The temple was originally constructed in 1661 with the name Lingshan Temple due to its location at Mount Ling.

The temple is filled with carved dragon pillars, stone lions and wall sculptures. The door gods are in the form of relief carvings. The rafters and beams are also carved and painted. The image of Mazu sits on the main altar.The temple is accessible within walking distance south of Guandu Station of Taipei Metro.

Show nearby: Temples near Beitou, Temples in Taipei, Places To Visit near Guandu Temple

Here's the our members favorite photos of "Temples near Beitou". Upload your photo of Guandu Temple!

Going to Guandu Temple? Get answers from our friendly locals