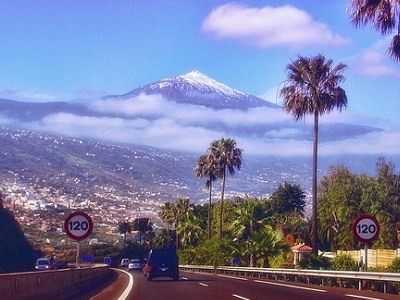 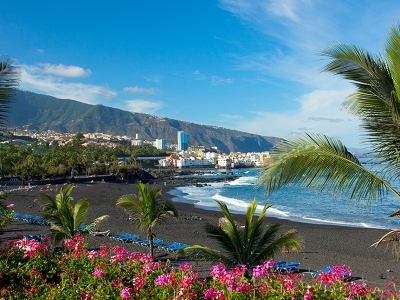 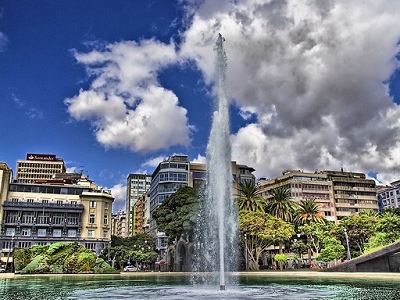 More Photos >
Save me
Been here
Want to go
Show on Map
Here to help 18 tour guides, 11 locals and 1 ambassador

About five million tourists visit Tenerife each year, the most of any of the Canary Islands. It is also one of the most important tourist destinations in Spain. Tenerife hosts one of the World's largest carnivals and the Carnival of Santa Cruz de Tenerife is attempting to become a World Heritage Site. Tenerife is served by two airports, Tenerife North Airport and Tenerife South Airport, and is the tourism and economic centre of the archipelago.

The island is home to the University of La Laguna, which was founded in 1792 and is the oldest university in the Canaries. San Cristóbal de La Laguna (a World Heritage Site) is the second city of the island and the third one of the archipelago. The city of La Laguna was also capital of the Canary Islands until Santa Cruz replaced it in 1833.

Tenerife also has the highest elevation of Spain, a World Heritage Site that is the third largest volcano in the world from its base, El Teide. Also located on the island Macizo de Anaga since 2015 is Biosphere Reserve and is the place that has the largest number of endemic species in Europe. The island's capital contains the architectural symbol of the Canary Islands, the modern Auditorio de Tenerife.

Tourism:
Tourism is the most prominent industry in the Canaries, which are one of the major tourist destinations in the world.

In 2014, 11,473,600 tourists (excluding those from other parts of Spain) came to the Canary Islands. Tenerife had 4,171,384 arrivals that year, excluding the numbers for Spanish tourists which make up an additional 30 percent of total arrivals. According to last year's Canarian Statistics Centre's (ISTAC) Report on Tourism the greatest number of tourists from any one country come from the United Kingdom, with more than 3,980,000 tourists in 2014. In second place comes Germany followed by Sweden, Norway, the Netherlands, France, Ireland, Belgium, Italy, Denmark, Finland, Switzerland, Poland, Russia and Austria.

Tourism is more prevalent in the south of the island, which is hotter and drier and has many well developed resorts such as Playa de las Americas and Los Cristianos. More recently coastal development has spread northwards from Playa de las Americas and now encompasses the former small enclave of La Caleta (a favoured place for naturist tourists). After the Moratoria act passed by the Canarian Parliament in Santa Cruz de Tenerife, no more hotels should be built on the island unless they are classified as 5 star-quality and comprise different services such as Golf Courses or Congress facilities. This act was passed with the goal of improving the standard of tourism service and promoting environmentally conscious development.

The area known as Costa Adeje (Las Américas-Los Cristianos) has many world-class facilities and leisure opportunities besides sea and sand, such as quality shopping centres, golf courses, restaurants, waterparks, animal parks, and a theatre suitable for musicals or a Congress Hall.

In the more lush and green north of the island the main development for tourism has been in the town of Puerto de la Cruz. The town itself has kept some of its old-harbour town charm mixed with northern European influences. Still, the tourist boom in the 1960s changed the outlook of the town, making it cosy and cosmopolitan at the same time, and a favourite for the more mature traveller (notably the German and Spanish tourist).

In the 19th and most of the 20th century large numbers of foreign tourists came, especially British, showing interest in the agriculture of the islands. With the world wars, this sector weakened, but the start of the second half of the century brought new forms of tourism. At first emphasis was on Puerto de la Cruz, for the kindness of the climate, and for all the attractions that the Valle de la Orotava concentrated, but following the attraction of the sun and beaches, around 1980 was born the tourist boom of south Tenerife, where emphasis was on cities like Arona or Adeje, shifting to tourist centres like Los Cristianos o Playa de Las Americas, that today house 65 percent of the hotels that were on the island. Tenerife receives more than 5 million tourists every year, of the canary islands Tenerife is the most popular. However, this data also reflects the large quality of resources that tourism consumes (space, energy, water etc.)

Here's the our members favorite photos of "Islands in Canary Islands". Upload your photo of Tenerife!

Going to Tenerife? Get answers from our friendly locals

Get in touch with 20 Touristlink members who want to visit Tenerife or with Aamir Jamal, Touristlink Team and 32 others who already have been here.