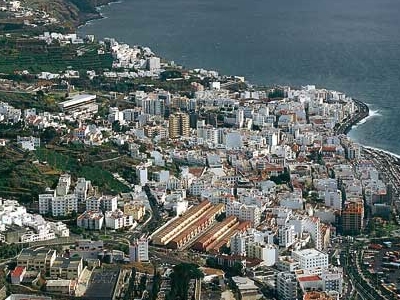 Santa Cruz de La Palma is a beautiful city with a colonial air which retains in its historic quarter, declared an Historic-Artistic Site, numerous palaces, colonial buildings and houses built in the traditional Canary style. Nor should we forget its churches and the Sanctuary of the Virgen de las Nieves, the setting for a century old tradition: the descent of the patron saint of the island. The enormously varied landscape housed by what is known as the “pretty island” is accessible from the capital of the island. An authentic natural paradise which offers the possibility of practising hiking among volcanoes and laurisilva woodland in any of its protected areas, among which stands out the Parque Nacional de Caldera de Taburiente.

Here's the our members favorite photos of "Cities near La Palma". Upload your photo of Santa Cruz de la Palma!

Going to Santa Cruz de la Palma? Get answers from our friendly locals