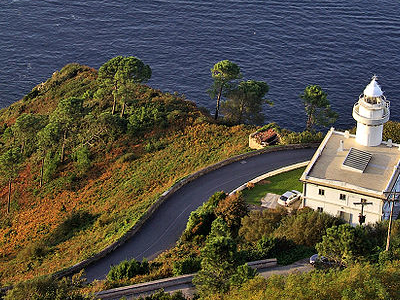 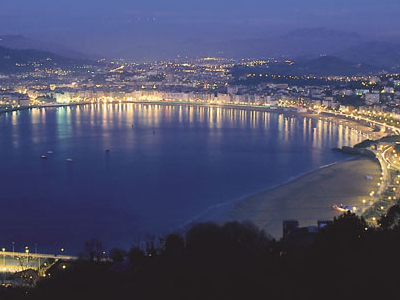 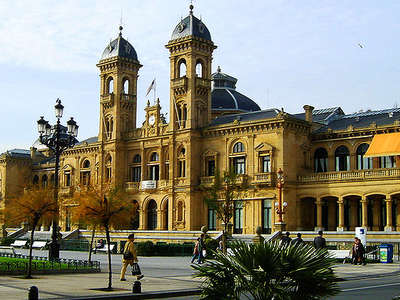 San Sebastián is a coastal city and municipality located in the Basque Autonomous Community, Spain. It lies on the coast of the Bay of Biscay, 20 km (12 miles) from the French border. Capital city of Gipuzkoa, the municipality's population is 186,409 (2012), with its metropolitan area reaching 436,500 (2010). Locals call themselves donostiarra (singular), both in Spanish and Basque.

The main economic activities are commerce and tourism, and it is one of the most famous tourist destinations in Spain. Despite the city’s small size, events such as the San Sebastián International Film Festival have given it an international dimension. San Sebastián, along with Wrocław, Poland, will be the European Capital of Culture in 2016.

Geography:
he city is in the north of the Basque Country, on the southern coast of the Bay of Biscay. San Sebastián's picturesque shoreline makes it a popular beach resort. The seaside environment is enhanced by hilly surroundings that are easily accessible, i.e., Urgull (at the heart of the city by the seashore), romantic Mount Ulia extending east to Pasaia, Mount Adarra rising proud far on the south and Igeldo, overlooking the bay from the west.

The city sits at the mouth of the River Urumea, Donostia having been built to a large extent over the river's wetlands during the last two centuries. In fact, the city centre and the districts of Amara Berri and Riberas de Loiola lie on such terrain and the former bed of the river, diverted to its current canalized course in the first half of the 20th century.

Here's the our members favorite photos of "Cities in Basque Country". Upload your photo of San Sebastian!

Going to San Sebastian? Get answers from our friendly locals