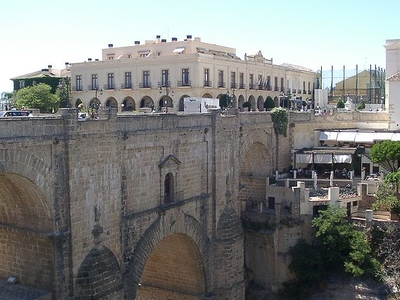 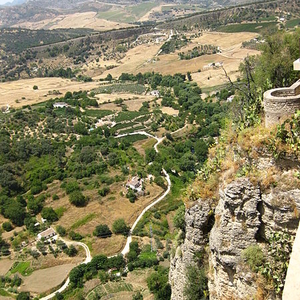 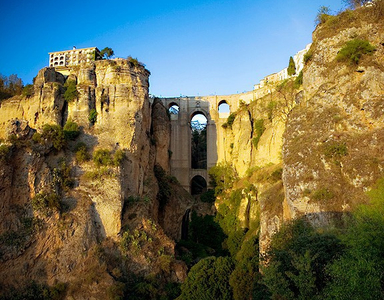 The Puente Nuevo is the newest and largest of three bridges that span the 120-metre (390 ft)-deep chasm that carries the Guadalevín River and divides the city of Ronda, in southern Spain. The architect was José Martin de Aldehuela, who died in Málaga in 1802. The chief builder was Juan Antonio Díaz Machuca. The bridge was built in 1751 and took a total of 42 years to build and claimed the lives of 50 builders. There is a chamber beneath the Central arch that was used for a variety of purposes, including as a prison. During the civil war (1936 to 1939), both sides allegedly used the prison as a torture chamber for captured opponents, killing some by throwing them from the windows to the rocks below at the bottom of the El Tajo gorge. One enters the chamber via a square building that was once the guard-house. It contains an exhibition describing the bridge's history and construction. The bridge is supposedly one of the most photographed structures in Spain.

Here's the our members favorite photos of "Bridges in Marbella". Upload your photo of Puente Nuevo!

Going to Puente Nuevo? Get answers from our friendly locals

Juan GM is the only Touristlink member to visit Puente Nuevo. Have you been here? Click here to save it.