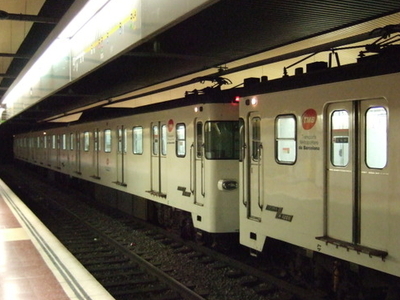 Poblenou is a Barcelona Metro station in Poblenou, a formerly industrial area of Barcelona's Sant Martí district. The location of the station is in the intersections of Carrer de Pujades with carrer de Bilbao and carrer de Lope de Vega. It's served by L4 (yellow line). It was opened in 1977 along with the lines from Barceloneta to Selva de Mar. The platforms are 93m long.

Here's the our members favorite photos of "Metro Stations near Sant Martí". Upload your photo of Poblenou!

Going to Poblenou? Get answers from our friendly locals