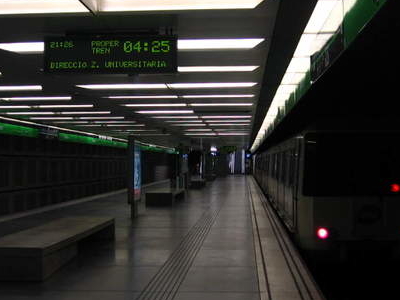 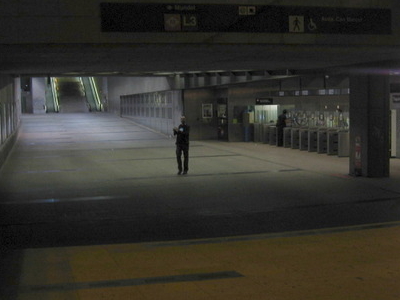 Mundet is a station on line 3 of the Barcelona Metro. The station is located underneath Passeig de la Vall d'Hebron and the Ronda de Dalt expressway, between Avinguda de Can Marcet and Passeig dels Castanyers. Access to the station is provided by an underground passageway allowing passengers to cross under the Ronda de Dalt; access is by stairs, escalators, and elevators north of the station, and level to the south, allowing the station to be supplied with natural light. Designed by Ventura Valcarce, the station was opened in 2001.

Here's the our members favorite photos of "Metro Stations in Barcelona". Upload your photo of Mundet!

Going to Mundet? Get answers from our friendly locals