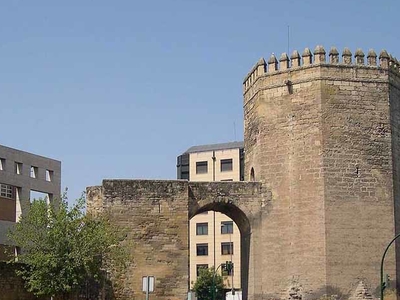 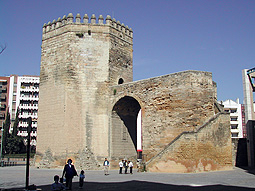 The vengeance of the cheated husband. According to popular legend the name comes from a vengeful husband who killed his wife because he believed her to be an adulteress, when the truth of the matter was that she was not. It has an octagonal base crowned by decorative crenellations. It was joined to the city walls by an arch that still exists to this day.

There are several memorial stone tablets with many inscriptions that lie beneath the arch that inform us of the building's date. There is only one octagonal room inside with a series of loopholes that lead to the exterior of the building, which is crowned by a semicircular dome. A series of steps lie at one end leading to the top floor which has magnificent views of the city.

Here's the our members favorite photos of "Gateways in Córdoba". Upload your photo of Malmuerta Tower!

Going to Malmuerta Tower? Get answers from our friendly locals

Connect with Chai Shepherd and Tina Thaweedech who have already visited Malmuerta Tower.

Love gateways? Check these out;

Top Voted Gateways Around the World