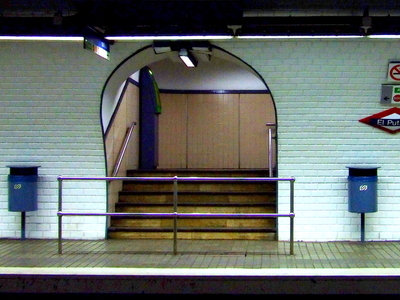 El Putxet is a station of the Barcelona Metro on the FGC-operated line L7 (also known as Línia de Balmes). The station serves the El Putxet quarter of Sarrià-Sant Gervasi, and is situated under Carrer de Balmes. mWhen first built speculatively in 1929, the station was named Mercado as it sits right next to Mercado de Sant Gevarasi. The station remained closed until 1953, when it opened as Núñez de Arce. It received its current name in 1980. The station has twin tracks, with two 60 metres (200 ft) long side platforms.

Here's the our members favorite photos of "Metro Stations in Barcelona". Upload your photo of El Putxet!

Going to El Putxet? Get answers from our friendly locals