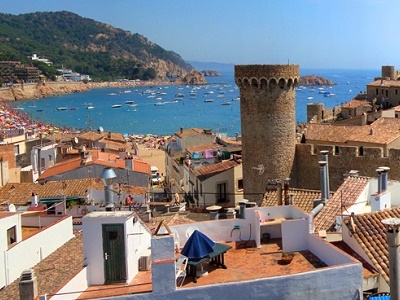 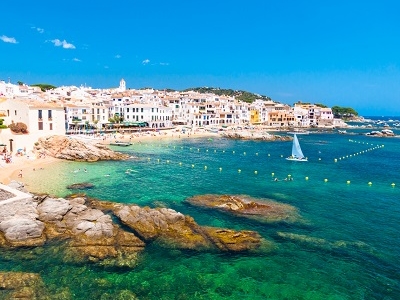 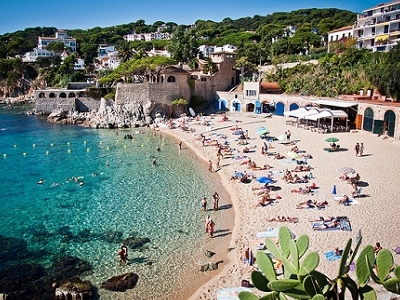 The Costa Brava is a coastal region of northeastern Spain, consisting of Alt Empordà, Baix Empordà and Selva, in the province of Girona. The Costa Brava stretches from Blanes, 60 km (37 mi) northeast of Barcelona, to the French border. In the 1950s, the Costa Brava was identified by the Spanish government and local entrepreneurs as being suitable for substantial development as a holiday destination, mainly for package holiday tourists from Northern Europe and especially the United Kingdom and France.

The combination of a very good summer climate, nature, excellent beaches and a favourable foreign exchange rate, which made Spain a relatively inexpensive tourist destination, was exploited by the construction of large numbers of hotels and apartments in such seaside resorts as Blanes, Tossa de Mar, and Lloret de Mar. Tourism rapidly took over from fishing as the principal business of the area.

The northernmost part of the Costa Brava belongs to the comarca of Alt Empordà, and is marked by the Albera Massif and Cap de Creus, the easternmost prolongation of the Pyrenees. This area near the frontier is marked by rough terrain and cliffs, with small bays along the coast, in contrast with the large plains of the Alt Empordà region, where its capital Figueres is located. The first town from the border with France is Portbou, which grew around the railway station. A little down the coast are the seafaring villages of Colera and Llançà. North of the Cap de Creus lies the town of El Port de la Selva, while on its south lie the towns of Cadaqués and Roses.

To the south of the Cap de Creus is found the Gulf of Roses, which stretches for fifteen kilometers with beaches and marshlands formed by the Muga and Fluvià rivers, with the protected areas of the Aiguamolls de l'Empordà along the coast. Empuriabrava, part of the municipality of Castelló d'Empúries, is one of the largest marinas in the World, built in the 1960s on the marshlands of the Muga River. Further south lies the town of Sant Pere Pescador and the coastal town of L'Escala. Between this two towns is the village of Sant Martí d'Empúries, which lies near the ruins of the ancient Greek colony of Empúries, founded in 575 BC.

Here's the our members favorite photos of "States/Regions in Spain". Upload your photo of Costa Brava!

Going to Costa Brava? Get answers from our friendly locals