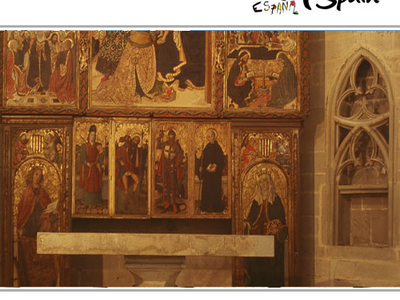 The chapel houses the 15th century Reredos of the High Constable, by Jaume Huguet, one of the landmarks in Catalan painting. A staircase that leads to the sixteenth century tower by Martín el Humano is accessed from a small room to the right of the altar.

Here's the our members favorite photos of "Churches in Barcelona". Upload your photo of Capilla de Santa Agata!

Going to Capilla de Santa Agata? Get answers from our friendly locals

Get in touch with 1 Touristlink members who want to visit Capilla de Santa Agata or with Tina Thaweedech who already have been here.