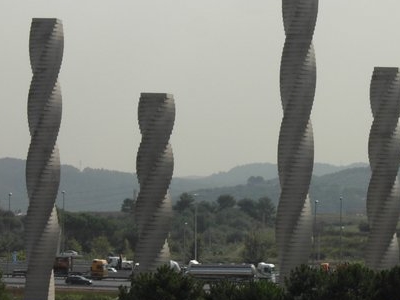 The Autonomous University of Barcelona also known as UAB is a public university mostly located in Cerdanyola del Vallès, near the city of Barcelona in Spain.As of 2012, it consists of 57 departments in the experimental, life, social and human sciences, spread among 13 faculties/schools. All these centers together award a total of 85 qualifications in the form of first degrees, diplomas, and engineering degrees. Moreover, almost 80 doctoral programs, and more than 80 other postgraduate programs are offered.

The UAB is a pioneering institution in terms of fostering research. There are many research institutes in the campus, as well as other research centers, technical support services and service-providing laboratories. In 2011 QS World University Rankings ranked the university 194th overall in the world. Its subject rankings were: 124th in Arts & Humanities, 203st in Engineering & IT, 177th in Life Sciences, 99th in Natural Sciences, and 95th in Social Sciences.

Most UAB academic activity is done on the Cerdanyola campus. Several centres exist in Manresa, Sabadell, Terrassa, Sant Cugat del Vallès and Barcelona.The UAB campus is about 20 km away from the centre of Barcelona. It is accessible by air (flights to Barcelona, Girona, or Reus), by train (Ferrocarrils de la Generalitat, Renfe) or by car (AP-7 and C-58 motorways).

Here's the our members favorite photos of "Universities in Barcelona". Upload your photo of Autonomous University of Barcelona!

Universities in Region of Catalonia