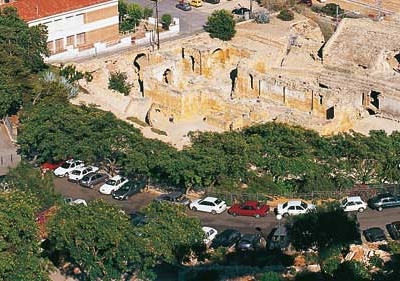 The arena for gladiatorial games. Built in the 2nd century A.D. on the shores of the Mediterranean Sea, the amphitheatre was used as a venue for numerous popular events, including gladiatorial games. It has the elliptical plan which is characteristic of this type of construction. There are pits which were used for auxiliary services located beneath the arena where these spectacles took place. In the Central part of the amphitheatre the remains of the plan of a Visigoth basilica are preserved (6th century) as well as those of a Romanesque-Gothic church from the 12th century.

Here's the our members favorite photos of "Ruins in Region of Catalonia". Upload your photo of Anfiteatro Romano!

Going to Anfiteatro Romano? Get answers from our friendly locals

Ruins in Region of Catalonia