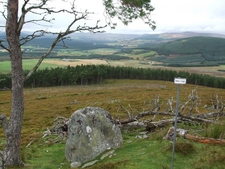 Category:Battlefields near Cairngorms National ParkReferences: 325671, 1901674
Join us and get started
Over 100,000 members in 208 countries
join touristlink