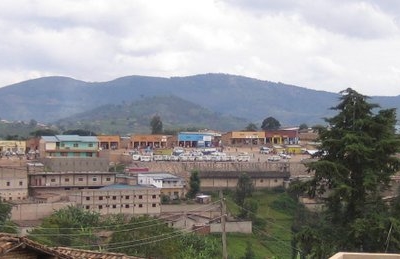 Though officially part of the Southern Province, Gitarama is geographically in central Rwanda, approximately 45 kilometres (28 mi) by road southwest of Kigali, Rwanda's capital and largest city. This location lies approximately 85 kilometres (53 mi), north of Kibeho, in Nyaruguru District, the southernmost district in Southern Province. The provincial headquarters at Nyanza in Nyanza District lie about 40 kilometres (25 mi), by road, directly south of Gitarama.

Overview:
Gitarama is the second-largest city in Rwanda, behind Kigali, the capital. Gitarama is the capital and largest metropolitan area in the district of Muhanga. Due to its geographical location, the city serves as the gateway to the west and south of the country. During the 1994 Rwandan genocide, Gitarama was the seat of the provisional government.

Here's the our members favorite photos of "Cities in Southern Province". Upload your photo of Muhanga!

Going to Muhanga? Get answers from our friendly locals