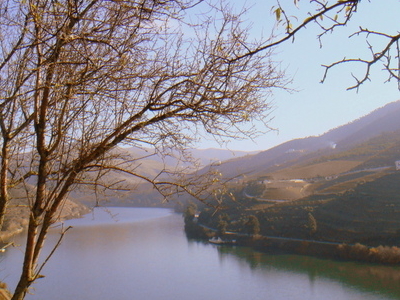 Save me
Been here
Want to go
Show on Map
Here to help 10 tour guides, 22 locals and 1 ambassador

Douro is a Portuguese wine region centered on the Douro River in the Trás-os-Montes e Alto Douro region. It is sometimes referred to as the Alto Douro (upper Douro), as it is located some distance upstream from Porto, sheltered by mountain ranges from coastal influence. The region has Portugal's highest wine classification as a Denominação de Origem Controlada (DOC). While the region is associated primarily with Port wine production, the Douro produces just as much table wine (non-fortified wines) as it does fortified wine. The non-fortified wines are typically referred to as "Douro wines". The style of wines produced in the Douro range from light, Bordeaux style claret to rich Burgundian style wines aged in new oak.

History
There is archaeological evidence for winemaking in the region dating from the end of the Western Roman Empire, during the 3rd and 4th centuries AD, although grape seeds have also been found at older archaeological sites. In Medieval times from the mid-12th century, Cistercians had an important influence on winemaking in the region, through their three monasteries Salzedas, São João de Tarouca and São Pedro das Águias.
In the 17th century, the region's vineyards expanded, and the earliest known mention of "Port wine" dates from 1675. The Methuen Treaty between Portugal and England in 1703, and the subsequent establishment of many British Port lodges in Porto meant that Port wine became the primary product of the region, and it became economically very important to Portugal. As part of the regulation of the production and trade of this valuable commodity, a royal Portuguese charter of 10 September 1756 defined the production region for Port wine. It thus became the World's first wine region to have a formal demarcation.
Geography and Climate
The Douro wine region is situated around the Douro river valley and lower vallies of its tributaries Varosa, Corgo, Távora, Torto, and Pinhão. The region is sheltered from Atlantic winds by the Marão and Montemuro mountains and has a continental climate, with hot and dry summers and cold winters.

It is usually subdivided into three subregions, from the west to the east:
Grapes
The principal grape varieties of the Douro region include the black grapes Bastardo, Mourisco Tinto, Tinta Amarela, Tinta Barroca, Tinta Cao, Tinta Roriz (the same as Spain's Tempranillo), Touriga Francesa and Touriga Nacional, and the white grapes Donzelinho Branco, Gouveio, Malvasia Fina, Rabigato, and Viosinho.A large number of grape varieties are grown in the Douro region, most of them local Portuguese grapes. For a long time, the grape varieties grown in the Douro were not very well studied. Vineyards of mixed plantation were the norm, and most of the time, the vineyard owners didn't know which grape varieties they were growing.

Here's the our members favorite photos of "Wineries in Centro". Upload your photo of Douro DOC!

Going to Douro DOC? Get answers from our friendly locals

Michele Mimi is the only Touristlink member to visit Douro DOC. Have you been here? Click here to save it.

Love wineries? Check these out;

Top Voted Wineries Around the World

Category:Wineries in Centro, Heritage Sites in CentroHelpful Links:Centro Overview References: 403489, 2066791 Claim:If you are the owner of this property claim it?