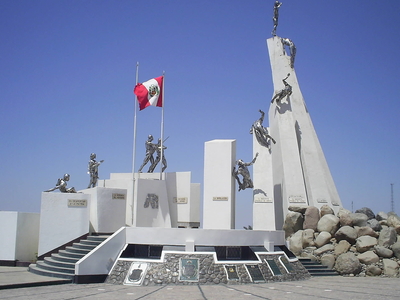 Tacna is the southernmost region in Peru. Its name originates from the Quechua words taka ("hit") and na ("something to do"), which would mean "a place to hit". This expression is thought to be related to the Quechua conquest of the Aymara people. Its capital is the city of Tacna.

The region is located below the Titicaca plateau, and has a diverse geography, including volcanoes, deserts and mountainous zones, from which arise rivers that go over the punas and the plateaus, thus forming the hydrographical system of this zone. The region is small in size, but has a great mining and agriculture potential. It has various climates and a diverse production.

Here's the our members favorite photos of "States/Regions in Peru". Upload your photo of Tacna!

Going to Tacna? Get answers from our friendly locals