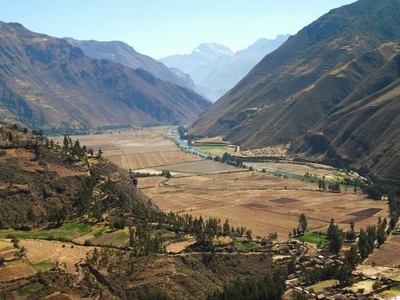 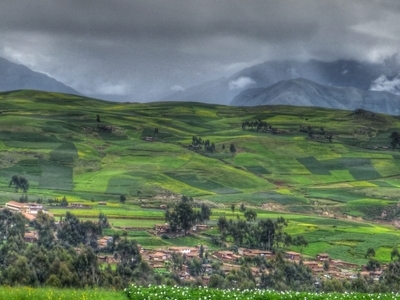 Save me
Been here
Want to go
Show on Map
Here to help 187 tour guides, 22 locals and 1 ambassador

The Sacred Valley of the Incas or Urubamba Valley is a valley in the Andes of Peru, close to the Inca capital of Cusco and below the ancient sacred city of Machu Picchu. It is located in the modern Peruvian region of Cusco. In colonial documents it is referred to as the "Valley of Yucay", according to recent researches it encompasses the heartland of the Inca Empire.

The valley is generally understood to include everything between Calca and Lamay, Písac, and Ollantaytambo, it has been formed by the Urubamba River, also known as Vilcanota River or Wilcamayu. The latter, in Quechua (the still spoken lingua franca of the Inca Empire), means the Sacred river. It is fed by numerous rivers which descend through adjoining valleys and gorges, and contains numerous archaeological remains and villages.

The valley was appreciated by the Incas due to its special geographical and climatic qualities. It was one of the empire's main points for the extraction of natural wealth, and one of the most important areas for maize production in Peru northwards from Pisac. The early Incas may have come from Wimpillay as their mummies had been discovered there. Large scale maize production started around 1400 as Inca urban agriculture based on varieties bred in Moray, either a governmental crop lab or a seedling nursery of the Incas.

Here's the our members favorite photos of "Valleys in Cuzco". Upload your photo of Sacred Valley!

Going to Sacred Valley? Get answers from our friendly locals

Get in touch with 2 Touristlink members who want to visit Sacred Valley or with Vladimir Vargas, Vista Adventures and 4 others who already have been here.