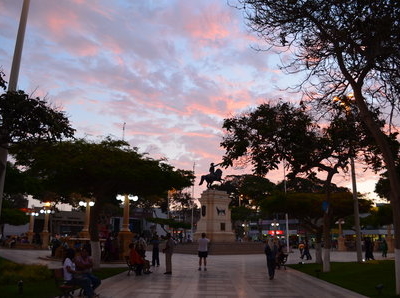 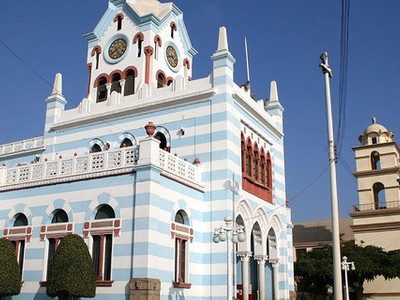 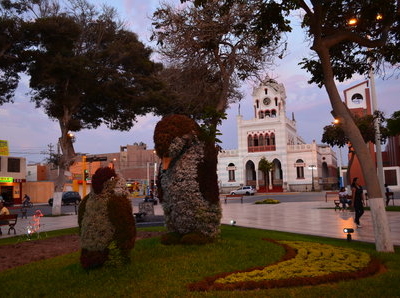 Pisco is a city located in the Ica Region of Peru, the capital of the Pisco Province. The city is around 9 metres (28 feet) above sea level. Originally the villa of Pisco was founded in 1640, close to the indigenous emplacement of the same name. Pisco is a Quechua word that means "bird." Pisco originally prospered because of its nearby vineyards and has been claimed to be the namesake of pisco.

The area is normally visited because of the concentration of marine animals and birds at the Paracas National Reservation, or the Peruvian Galapagos. At the reserve there are the Islas Ballestas, a collection of islands which are off limits to people, but boat tours can get close. The Chincha Islands are also near its coast. On the islands there are many birds, including pelicans, penguins, cormorants, Peruvian boobies, and Inca terns. There are also sea lions, turtles, dolphins, and whales.

Another attraction in the area is "El Candelabro", a giant lamp dug in the rough sand in the method used by the creators of the Nazca Lines. The origins of "El Candelabro" are not known and theories vary. Experts are divided over the authenticity of the lines.

Origins
The Pisco origins are from one of the major ancient civilizations in Peru, the Paracas culture. Due to its ease of access, and its crossroads to the Andes the Spanish considered making Pisco the capital, before they decided on Lima. In the city is the Plaza de Armas, where people hang out and buy tejas, small sweets made from pecans and assorted dried fruits. Many different building that surround the Plaza are the statue of José de San Martín, the mansion he lived in, and the Municipal Palace. Other building in the city is the heavy Baroque Iglesia de la Compañía, begun in 1689, features a superb carved pulpit and gold-leaf altarpiece. Near the town, just off the road to Ayacucho, lies the large well-preserved Inca site of Tambo Colorado.

Here's the our members favorite photos of "Cities in Peru". Upload your photo of Pisco!

Going to Pisco? Get answers from our friendly locals