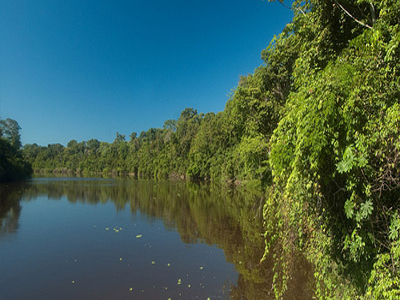 Save me
Been here
Want to go
Show on Map
Here to help 16 tour guides, 4 locals and 2 ambassadors

The Pacaya Samiria National Reserve is one of the largest reserves, located on the Amazon River in north-eastern Peru near the jungle town of Iquitos. This reserve is a protected area since 1940, which became a National Reserve in the year 1972. Spread over an area of 5,139,680 acres, the Pacaya Samiria has some of the rare and largest population of wildlife species in the entire Amazon. Drained by two life-giving rivers, which are Maranon and Ucayaly, the reserve has about 80 beautiful lakes.

This breathtaking National Reserve is a habitat of a wide variety of wild animals with more than 102 mammalians species, 240 species of reptiles, 300 colorful bird species, more than 256 varieties of fishes and 58 species of amphibians, including 1024 species of flora. The most common wildlife species of this reserve are indigenous macaw’s, dugongo, pink and grey dolphins, black caiman and water turtles.

Here's the our members favorite photos of "Wildlife Reserves in Loreto". Upload your photo of Pacaya Samiria National Reserve!