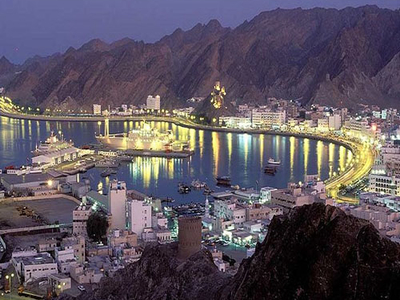 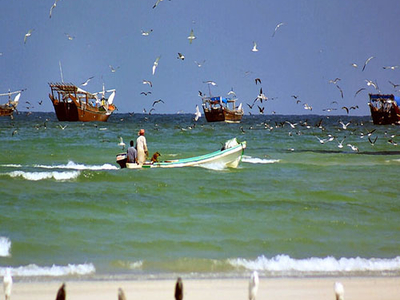 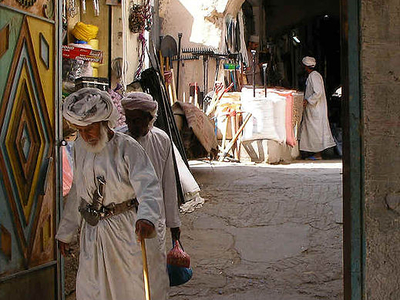 More Photos >
Save me
Been here
Want to go
Show on Map
Here to help 64 tour guides, 93 locals and 1 ambassador

Oman (Listeni/oʊˈmɑːn/ oh-MAAN; Arabic: عمان‎ ʻUmān), officially the Sultanate of Oman (Arabic: سلطنة عُمان‎ Salṭanat ʻUmān), is an Arab country in the southeastern coast of the Arabian Peninsula. Holding a strategically important position at the mouth of the Persian Gulf, the nation is bordered by the United Arab Emirates to the northwest, Saudi Arabia to the west, and Yemen to the southwest, and shares marine borders with Iran and Pakistan. The coast is formed by the Arabian Sea on the southeast and the Gulf of Oman on the northeast. The Madha and Musandam exclaves are surrounded by the UAE on their land borders, with the Strait of Hormuz and Gulf of Oman forming Musandam's coastal boundaries.

From the late 17th century, the Omani Sultanate was a powerful empire, vying with Portugal and Britain for influence in the Persian Gulf and Indian Ocean. At its peak in the 19th century, Omani influence or control extended across the Strait of Hormuz to modern-day Iran and Pakistan, and as far south as Zanzibar (today part of Tanzania, also former capital). As its power declined in the 20th century, the sultanate came under the influence of the United Kingdom. Historically, Muscat was the principal trading port of the Persian Gulf region. Muscat was also among the most important trading ports of the Indian Ocean. Oman's official religion is Islam.

Unlike its resource-rich neighbors, Oman has modest oil reserves, ranking 25th globally. Nevertheless, in 2010 the UNDP ranked Oman as the most improved nation in the World in terms of development during the preceding 40 years. Oman is categorized as a high-income economy and ranks as the 59th most peaceful country in the world according to the Global Peace Index.

Tourism:
Tourism in Oman has grown considerably recently, and it is expected to be one of the largest industries in the country. Oman has one of the most diverse environments in the Middle East with various tourist attractions and is particularly well known for cultural tourism. The capital of Oman was named the second best city to visit in the world in 2012 by the travel guide publisher Lonely Planet. Muscat also was chosen as the Capital of Arab Tourism of 2012.

Here's the our members favorite photos of "Countries in Asia". Upload your photo of Oman!

Going to Oman? Get answers from our friendly locals