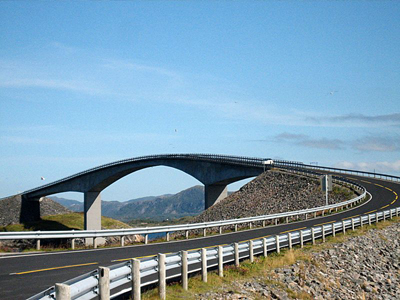 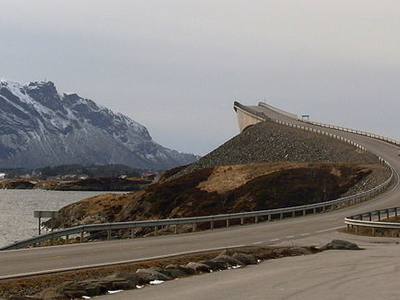 Storseisundet Bridge (Norwegian: Storseisundetbrua) is the longest of the eight bridges that make up the Atlanterhavsveien ("The Atlantic Road"), the road connection from the mainland Romsdal peninsula to the island of Averøya in Møre og Romsdal county, Norway. This bridge sits on the border between Eide Municipality and Averøy Municipality.

Here's the our members favorite photos of "Bridges near Eide". Upload your photo of Storseisundet Bridge!

Going to Storseisundet Bridge? Get answers from our friendly locals