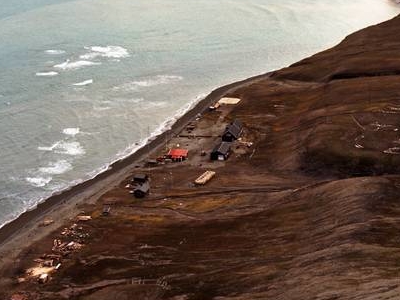 Hopen is an island in the southeastern part of the Svalbard archipelago (Norway). Hopen was discovered in 1613, probably by Thomas Marmaduke of Hull, who named it after his former command, the Hopewell. The Norwegian Meteorological Institute (Norges Meteorologiske Institutt) operates a manned weather station on the island with a staff of four persons. For the welfare of the crew, there are three cabins available on the island for their use. During World War II, the Luftwaffe placed a meteorological team there under cover of Operation Sizilien.

Here's the our members favorite photos of "Islands in Norway". Upload your photo of Hopen!

Going to Hopen? Get answers from our friendly locals