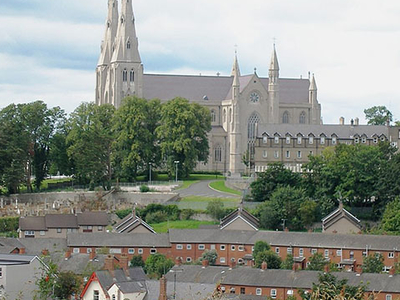 Armagh is the county town of County Armagh and a city in Northern Ireland, as well as a civil parish. It is the ecclesiastical capital of Ireland - the seat of the Archbishops of Armagh, the Primates of All Ireland for both the Roman Catholic Church and the Church of Ireland. In ancient times, nearby Navan Fort (Eamhain Mhacha) was a pagan ceremonial site and one of the great royal capitals of Gaelic Ireland. Today, Armagh is home to two cathedrals (both named after Saint Patrick) and the Armagh Observatory, and is known for its Georgian architecture.

Here's the our members favorite photos of "Cities in Northern Ireland". Upload your photo of Armagh!

Going to Armagh? Get answers from our friendly locals