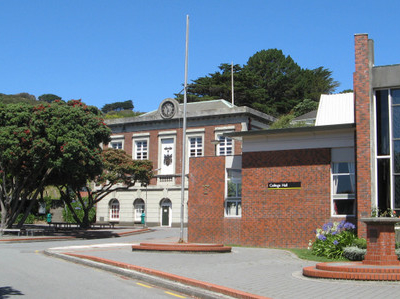 Wellington College is a state secondary school for boys in Mount Victoria in Wellington, New Zealand. Wellington College's Pavilion, Firth House and the Gifford Observatory were opened on 1 December, 1924. The War Memorial Hall was opened on 2 March, 1928, financially supported by £6000 from the Old Boys' Association. The War Memorial Hall and classroom wings were demolished by the Ministry of Works and replaced in the 1960s with a new hall and seven-storey Tower classroom block due to its lack of earthquake reinforcements. The stained glass window from the front of the War Memorial Hall is now located in the front of the existing hall.

Here's the our members favorite photos of "Universities in Wellington". Upload your photo of Wellington College!

Going to Wellington College? Get answers from our friendly locals