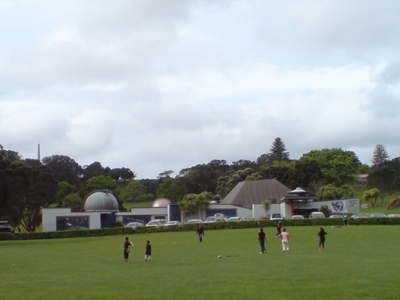 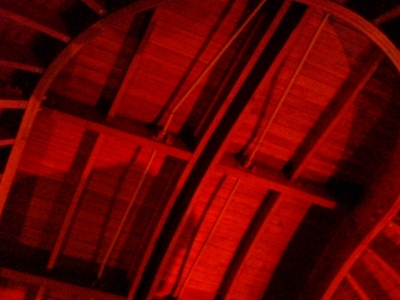 Functions
Research
In 1969, the observatory (then called Auckland Observatory) constructed a UBV photoelectric photometer with assistance from the University of Auckland. This photometer on the Zeiss telescope became a very successful instrument and produced a significant number of published research papers. Probably the most important discovery was the phenomenon of "super-humps" in the SU Ursae Majoris class of cataclysmic binary stars in 1974.In 1988, the observatory participated in the discovery of the atmosphere of Pluto by measuring the brightness change as the planet passed in front of a star.

During the 1980s the Zeiss telescope was used to support several doctoral students from the University of Auckland (most notably Roger Freeth), including the development of a new computer-controlled photon counting photometer. Regular UBV photometry of variable stars continued until 1998 when a CCD camera was first used.

In 1999, a Celestron C-14 Schmidt-Cassegrain telescope was provided by the Nustrini family for installation in the newly built second dome at Stardome Observatory. A grant from the ASB Trust was used to buy a Paramount GT1100s mounting (manufactured by Software Bisque) and an Apogee AP8p CCD camera. The Apogee camera has a back-illuminated SITe003 CCD (1024×1024 24-micrometre pixels). The field of view is 22 arc-minutes. The 0.35 m (f/11) Nustrini telescope is used only for research. The current telescope is a Meade LX200R 16", while the CCD is an SBIG ST-6303.

Stardome Observatory is a member of the microFUN collaboration which attempts to detect extra-solar planets by gravitational microlensing. MicroFUN is based at the Astronomy Department of Ohio State University and coordinates the observation of high-magnification microlensing events. In April 2005, microFUN contributed significantly to the discovery of a Jovian-mass planet (OGLE-2005-BLG-071L), the second planet to be detected in this way. In 2005, the Stardome contributed 250 hours of time-series photometry to this collaboration.

The Stardome also contributes to the Center for Backyard Astrophysics (CBA)in New York as CBA-Auckland. This professional-amateur network monitors selected cataclysmic binary stars and contributes to the understanding of these objects. During 2005, over 250 hours of observations where contributed to the CBA.Stardome makes regular astrometric observations of comets and near-Earth objects (NEOs) for the Minor Planet Center . In 2004, observations were made of the NEO 2004 FH which was at the time the closest natural object detected from Earth (43,000 km). CCD photometry obtained at the Stardome showed that the object was rotating in 3 minutes, the fastest rotation rate measured for any solar system object .Research at Stardome Observatory is performed on a voluntary basis.

Facilities
The planetarium was added during extensive additions in 1997. Seating 88 people within the 11 metre dome, it used a Zeiss ZKP3 star projector, 18 panorama and all-sky slide projectors, and a video projector. Some of the shows were produced by the Stardome while others were purchased and modified for local use. This was replaced with an E&S Digistar 3 computerised projection system in early 2008, utilising two Sony projectors. This has subsequently been upgraded to Digistar 4.

The primary fixed telescope is the 0.5 m Edith Winstone Blackwell Telescope (EWB) which is a classical Cassegrain reflector (f/13.3) manufactured by Carl Zeiss of Jena. It was installed in late 1966 and is one of about 20 comparable instruments produced by Zeiss. It is mounted on an offset German equatorial mount. The optical tube assembly weighs about 500 kg and the overall weight, including the mount, is 2500 kg.

The Zeiss telescope was purchased as a gift to the people of Auckland by the late Edith Winstone Blackwell MBE. It has been heavily used for both public viewing and research since being commissioned in 1967. In 2003 it underwent a major renovation.

Here's the our members favorite photos of "Observatories in Auckland". Upload your photo of Stardome Observatory!

Going to Stardome Observatory? Get answers from our friendly locals