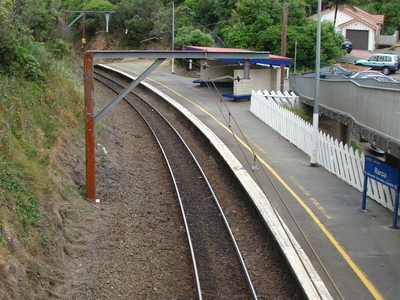 Raroa Railway Station is one of eight stations on the Johnsonville Branch, a commuter branch railway north of Wellington in New Zealand's North Island. It serves the suburbs of Raroa and Broadmeadows, and is one of four stations on the line to be located on a curve. Electric multiple unit trains are operated by Tranz Metro under the Metlink brand through this station in both directions to Johnsonville (to the north) and Wellington (to the south).

Going to Raroa Railway Station? Get answers from our friendly locals