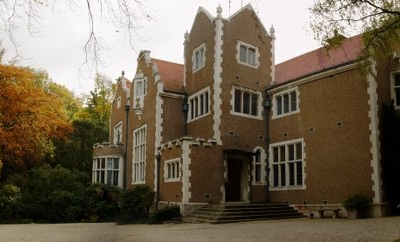 Olveston is a substantial house in an inner suburb of Dunedin, New Zealand. Built for David Theomin in the Jacobean style to plans prepared by the London architect Sir Ernest George, (1839-1922) the house was fitted with all the latest conveniences: central heating, an internal telephone system, a service lift, a food mixer, and an electric toaster, for example. It has 35 rooms, with a total floor area of 1276 m². Theomin had acquired land on the site in 1881 when there was an existing villa. By 1901 he had bought an adjacent property and in 1904 acquired another. The existing buildings were then removed. The family was in London in 1903 and working drawings from Ernest George & Yeates are dated October 1903.

Here's the our members favorite photos of "Historic Houses in Otago". Upload your photo of Olveston!

Going to Olveston? Get answers from our friendly locals