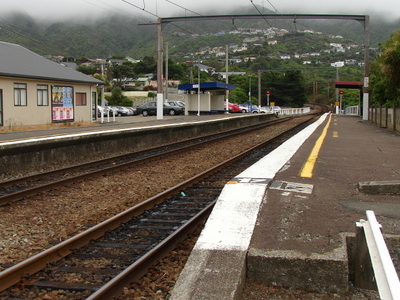 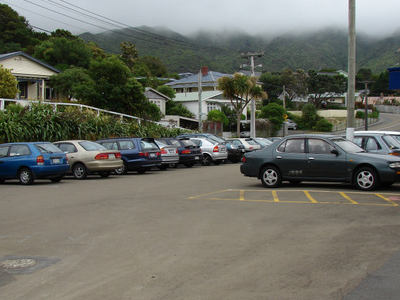 Ngaio Railway Station is one of eight railway stations on the Johnsonville Branch, a commuter branch railway north of Wellington in New Zealand’s North Island, and serves the suburb of Ngaio. The station was erected and operated by the Wellington and Manawatu Railway Company (WMR) on their line from Wellington to Longburn. The area served by this station used to be called Crofton, until the suburb was renamed to Ngaio in 1908. From the acquisition of the WMR by the New Zealand Railways Department in 1908 until the opening of the Tawa Flat deviation in 1937, the station was on the North Island Main Trunk Railway.

Ngaio was one of three stations constructed by the Wellington and Manawatu Railway Company on what is now known as the Johnsonville Branch. It was opened on 21 September 1885 along with the first section of the company’s line between Wellington and Paramata. Timetabled services began several days later on the 24th.

Going to Ngaio Railway Station? Get answers from our friendly locals