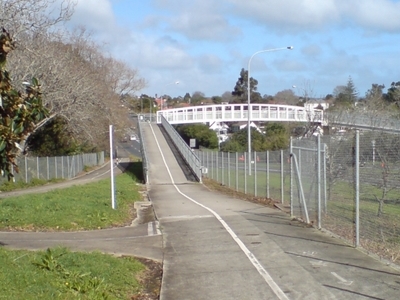 Great North Road is a major thoroughfare in Auckland, on the North Island of New Zealand. It runs from the fringe of the Auckland CBD to west Auckland. The road is the second longest in Auckland, after its counterpart, Great South Road. In the days before the Auckland Harbour Bridge, Northern Motorway and Northwestern Motorway were built, it was the main road route from central Auckland to the areas north of the Auckland isthmus. In the 1960s, it carried 25,000–30,000 vehicles a day.

It begins as a continuation of Karangahape Road from the latter's terminus with Ponsonby Road and Newton Road, and passes through the western suburbs of Arch Hill, Grey Lynn, Western Springs, Point Chevalier, Waterview, Avondale, New Lynn, Kelston, Glendene and Henderson before becoming Swanson Road at the intersection with Lincoln Road. Contrary to its name, the road actually heads west for most of its route, turning to a more north-westerly direction at Kelston.

Here's the our members favorite photos of "Famous Streets in Auckland". Upload your photo of Great North Road!

Going to Great North Road? Get answers from our friendly locals