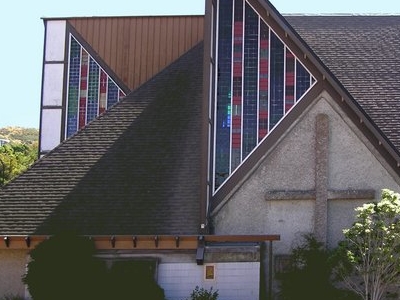 Futuna Chapel is a building in the suburb of Karori, Wellington designed by the architect John Scott. Built by the brothers of the Society of Mary, the chapel is named after the Pacific Island of Futuna on which the missionary Peter Chanel, to whom the project is dedicated, was martyred in 1841. It was awarded the New Zealand Institute of Architects gold medal in 1968 and its 25-year Award in 1986. The Historic Places Trust has placed it on its register as a Category 1 Historic Site.

The Society of Mary's Karori Centre was formed in 1948 by converting an Edwardian villa previously owned by Sidney Kirkcaldie of Kirkcaldie & Stains Ltd. In 1958 Hawke's Bay architect John Scott was approached to design the Futuna Retreat Chapel. The Chapel was built in 1961 by the brothers themselves, with the only sub-contractor being an electrician.

Here's the our members favorite photos of "Historic Houses in Wellington". Upload your photo of Futuna Chapel!

Going to Futuna Chapel? Get answers from our friendly locals