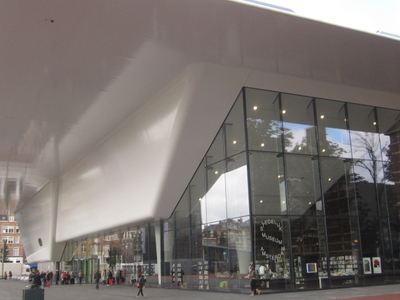 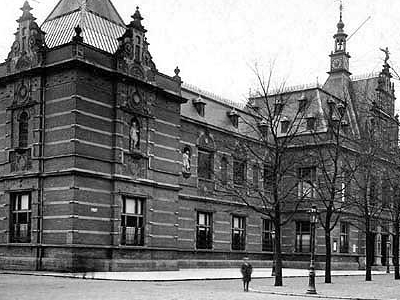 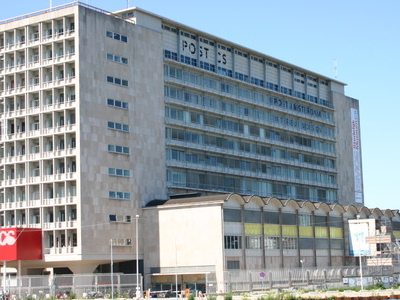 The 19th century building was designed by Adriaan Willem Weissman and the 21st century wing with the current entrance was designed by Benthem Crouwel Architects. It is located at the Museum Square in the borough Amsterdam South, where it is close to the Van Gogh Museum, the Rijksmuseum, and the Concertgebouw.

Collection:
The museum collection holds almost 90,000 objects, collected since 1874. With important clusters and cores focusing on De Stijl, Bauhaus, Pop Art and CoBrA and, more recently, Neo-Impressionism, the collection represents virtually every significant movement in art and design of the 20th and 21st centuries. The Stedelijk also has a comprehensive collection of drawings and paintings by Kazimir Malevich. Key pieces by Post-Impressionists Paul Cézanne and Vincent van Gogh exemplify art from the late 19th century.